Decent month in the end. Only tilted a couple of times which is good for me. Shame didnt get more luck in the live games at the business end but happy with my game which is the main thing. A few day 2s meant i didnt play as many live games as planned. Result of this is £3,230 spare cash i will chuck back into August where it came from. Omaha and Omaha hi lo action was probably best described as sporadic which kind of suited me with many days off when the games werent good. Overall seemed to enjoy the game a lot more live/online. Anyway final adjusted August profit and September profit are below:


As for Oct gonna take it as it comes. Im kind of distracted by houses again (thinking of putting offer in etc etc) so its difficult to think of much else or plan for future trips.
Posted by Robert "Animal" Price at 10:53 pm No comments:

Still not 100% decided but i think im edging towards not playing any events now. Had the last 3 days off from online poker but returned today a bit too hungova earlier and lost a bit. Came back just now though with a sommat clearer head and posted a nice profit. Also noticed an error on my excel spreadsheet which pushed the monthly profit up further.
Posted by Robert "Animal" Price at 10:07 pm No comments:

Fortunately online cash profits have picked up this last week for me and im hoping to keep it going the rest of the month. If i do post a decent profit and fancy some more live punishment ive got my eye on some EPT stuff in just over a weeks time in London. Possible schedule i may go for is below:

Lasted a round and a half before running into jacks with A8 shove, gg
Posted by Robert "Animal" Price at 9:06 pm 1 comment:

Made day 2 , thats 3 day 2s from 3 live events this month. Question is will it be 3/3 without cashing or 3rd time lucky. Latter seems more likely as im under half average on 10,675 going back but anything can happen. Lost a pot to have gone to 36k with 30mins left 77 vs KK allin on a 8,9,10 flop missing the 10 outs. Happy overall anyway and can chuck tommorrows PLO £550 buyin back into this months profit as i cant play it now.
Posted by Robert "Animal" Price at 11:33 pm No comments:

4 or 5 hands in reraised scandie looking chap and got 4 bet allin 7 handed. Hated calling AK racewise but was never folding and lost vs AQstd to a queen on the river for pot to go chipleader with 55 left. (130k if win , lost 89off vs 44 2 hands later for only a crippled 6kish pot)

Also had 20% in soap and 16% in my other mate luke both of which had similar beats for chunky pots in the hour or 2 after me with no cashes :( sick game but dtd is a great venue and it has strongbow on tap which ive had a few b4 writing this so roll on London 2moz, let me run better please.
Posted by Robert "Animal" Price at 7:24 pm 1 comment:

Absolutely knackered so need to be quick. 58 left from 215ish starters and ive got 66,200 , average 37k ish, pays 18. Very happy with my play apart from 1 stupid bloodrush with 7s where i sucked out. So far been fliptastic too winning 2/2 big pots, long may that continue. Restart at 2pm tommorrow down to final 9, hoping for a long day :) ......just looked and if read right joint 5th/58 long way to go though.
Posted by Robert "Animal" Price at 1:22 am 3 comments:

Thursday i sat down and played my usual 2 or 3 sites but found myself hit and run on them all as well as another site all within the space of 15 minutes or so. Totally lost it and fired up the casino and proceeded to lose £1,800ish on slots playing a rediculously high stake per spin. With 1 account bust i moved to another and sat on blackjack with 1000 euros playing 200 euros a spin. Almost lost that (down to 400) before going on a lucky streak. At 2800 i upped the bet to a maximum 300 euros and managed to stop at a 4200 balance.

So i succomb to my 3 monthly casino itch but this time escaped and got back some of the poker damage. Still lost £1,500 on the day but could have been £5,000-£6,000 and i know ive had a lucky escape this time. By posting here i hope i dont touch it again for at least another 3 months, i aint proud of being a dumb degenerate and playing these fools games.
Posted by Robert "Animal" Price at 11:32 am 4 comments:

Guess i could have updated before but couldnt be assed. My quickest day 2 exit lasted 5 minutes reraising AJ and losing to eventual title winners 10s. Better than 6 hours for nout so drove home and had good weekend on piss instead. Online has been steady so far without a big win or loss , doubt it will stay that way though. Expecting a swing either way soon. Gonna try put bit of volume in the next few days before heading out on the live trail again next Monday.
Posted by Robert "Animal" Price at 11:41 pm 1 comment:

Made day 2 with just under average stack. Only a disappointing 49 players entered day 1a so we played down to 18 players before stopping early for the night at 11pm. I started off badly getting sucked out in a couple of pots which set the trend for a long difficult day. At end of level 6 my 10k starting stack had never been higher than 13k (think it actually took me 4 or 5 levels to go above 10k !!!) I was happy with my short stack play though which kept me in the game. Basically 2 allins saw me end on 23k.

Didnt play particularly well but made it through with ok stack after being lucky so a good bonus. heres the standings b4 day1b today. 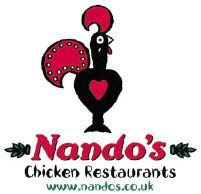 This month sees me in Cardiff, Nottingham and London and im in range of my favourite restaurant/takeaway in all of them. In honour of this i will keep all receipts from Nandos and match the total amount spent to pass on to a chosen charity of my choice at the end of the month. Now i have extra incentive to eat as much as possible each visit (not that i need it) !

Actual final profit finished at £9,501 thanks to another nice recovery today.

Take out staking and many planned live buyins in advance for next month and written down profit on excel sheet is £2,694.

Here is planned list of paid up front live buyins. (should i not play any of them i will make a final adjustment to the figure above at a later date) September will eclipse in volume the amount of live poker ive played in the UK which will make a nice change from the online grind.